Can the Middle Market Meet Demand When Growth Picks Up? 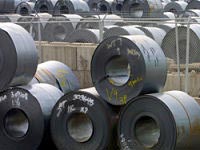 The recession forced many US companies to get lean. Will they be ready to meet demand when the global economy picks up again?

“If the consumer market takes off here, we’ll have a huge shortage of [staff]. We’re scrapping 14 million cars a year and we’re only producing 13.5 million. China, where consumer markets are very strong, is already ahead of us. When it swings it will swing fast. We’re not ready,” warns Bouchard, whose company is based in Pittsburgh. His remarks came at the 2011 Middle Market National Summit in Columbus, Ohio.

Bouchard also said that ramping up a workforce to meet this hoped-for demand will be difficult if capital isn’t easier to access.

“When we first started, we got a small line of credit from a bank. Today’s small companies can’t do that. The banks are under tremendous scrutiny. We weren’t big enough to get to the big banks when we started,” he said.

Access to capital is not the only problem middle market companies are facing. Others are also struggling to find properly trained people. “We have had a [hard time] finding qualified people. We are finding a shortage and it really is a challenge, finding the strategic thinkers to take the company to the next level,” says Kevin Mirner, CEO, Harcros Chemicals, a distribution business based in Kansas City.

Another major issue facing middle market companies is a difficult regulatory environment, though the panelists disagreed on how significant a problem it is.

For Kevin Mirner, CEO of Harcros Chemicals, regulations are onerous. He told the panel how EPA agents came to his Kansas City chemical plant with guns because they got a tip the company was dumping chemicals, a charge he called ridiculous. “Its not only the regulation, its the enforcement of the regulation. Already in July we’ve spent $200,000 in lawyer fees, because we want to be prepared,” he said.

Spending to pre-empt regulatory costs, panelists agree, is money that could be better spent on growing their firms.

Bouchard of Esmark, says regulation hurts small players much more than it does large companies. Making an uncommon example of the oil industry, he says: “The regulation is coming in on the small oil and gas guys, which will have negative impacts on the US economy and what you’re trying to achieve.”

A CEO in the food industry sees it differently. “We have USDA on premises on all cites. Ensuring the safety and quality of food in America is a very tough job,” said Joel Conner, CEO of Bellisio Foods, which makes 100 tons of pizza rolls every day. Bellisio supports tough regulation in his industry.

Despite their different perspectives on regulation, all agree that the most crucial issue is access to capital.

“California has been good to us. It’s far more difficult to finance a new operation than to comply with regulatory standards,” said Jeff Hynes, CEO of Composites Horizons.